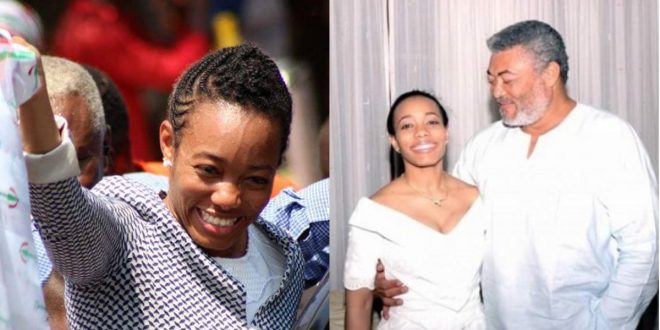 Zanetor Rawlings: “I wish my dad was alive to celebrate my victory”

Zanetor Rawlings really got emotional during her speech after she was voted the second time to retain her seat as the Member of Parliament for the Klottey Korle constituency.

The daughter of the late former president Jerry John Rawlings per the certified results by the Electoral Commission won the race by pulling 39,343 votes out of the total valid vote cast of 70,687.

Zanetor Rawlings in her emotional acceptance speech told journalists she wished her father was around to celebrate the victory with her. “It is a mixture of feelings. I wish my dad was here but such is life,” she said.

Dr. Zanetor also promised to set a record by ensuring that the Klottey Korle constituency moves from a swing one to a stronghold of the NDC.

“I believe that NDC will win both the presidential and parliamentary elections in Klottey Korle. We are really setting the records straight so that it changes from being a swing constituency to an NDC seat,” Zanetor Rawlings added.