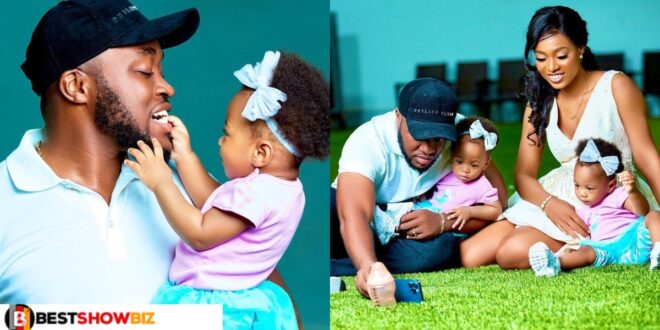 Kennedy Osei, the son of Ghanaian millionaire Osei Kwame Despite, has taken to social media to show off his beautiful wife and twin daughters.

Following his marriage to his wife last year, the General Manager of Despite Media has been blessed w
ith two beautiful children in less than a year of being together as a couple.

Kennedy Osei, who took to social media to show off his beautiful family, revealed that he is the luckiest man on the face of the planet because he has been blessed innumerable times.

Taking to social media to share the picture, he wrote the following caption: “BLESSED BEYOND MEASURE.”

Read Also  Video: Singer Zodwa once again allows fans to put their hands in her 'dross' while performing on stage
Share