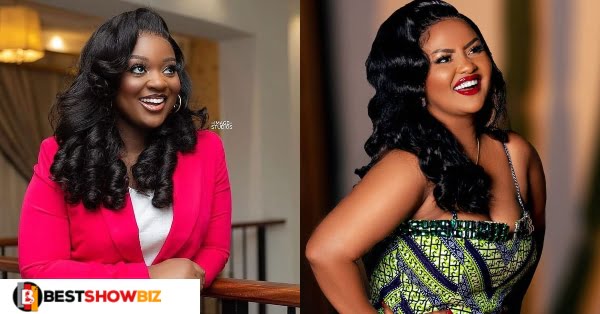 Nana Ama McBrown has finally addressed the unflattering parallels critics make between her and her colleague actress Jackie Appiah.

Nana Ama Mcbrown admonished naysayers in an interview with Abeiku Santana on Okay FM’s Ekwansodwoodwoo Drive Time Show that the analogy is unnecessary and unhelpful.

The veteran Ghanaian actress turned television personality, boasted halfway through their chat that she is in a league of her own since, in addition to starring in multiple Kumawwod films, she has also been cast in a slew of Ghallywood films.

She also described how renowned film director and producer Miracle Films employed her and others such as Agya Koo and others to resurrect the local film industry approximately a decade ago when it was on the verge of collapse.

Later in her remarks, Nana Ama Mcbrown stated that both she and Jackie Appiah are financially solid, and that is what matters, not who is the finest among them.