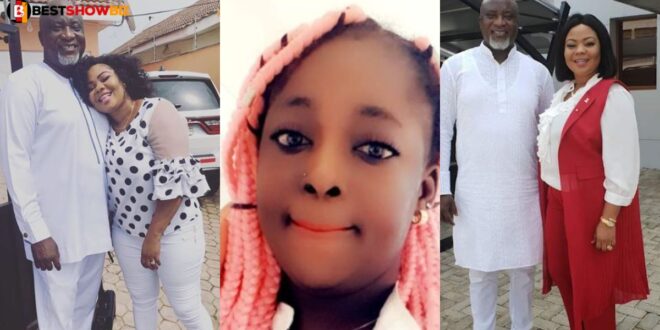 Hopeson Adorye, a member of the National People’s Party (NPP), isn’t finished smearing his reputation; he’s now said to have used death threats to get his way.

Adorye and a gang of goons have allegedly been harassing Ghanaian blogger thosecalledcelebs in Germany, according to the blogger.

The two strong-willed individuals have been feuding for a few days, but the politician appears to be overreacting.

The Instablogger, who has been sparring with Adorye on social media, came to the site this morning to reveal that things have taken a turn for the worst.

She posted alongside a photo of Hopeson:

“This above man is called Hopeson Adorye and a politician who is allegedly a contract k*ller …. i woke up with soo many threat messages from him n crew using fake account to take down the life of one harmless lady in Germany with the name Racheal n they claims is the blogger behind these platforms,”

The writer then tagged big international outlets such as the BBC, CNN, and the German Chancellor’s office.

“All i want to tell GERMAN POLIZEI is that…if anything happens to Racheal in Germany…they should hold Mr.Hopeson Adorye responsible n am not ending it here….I’m taking everything to lawyer today….nobody got the right on someone’s life….the Law must deal with this man!! Thank you Ghana 🇬🇭…Thank u Germany 🇩🇪”
Hopeson Adorye, who is married to gospel singer Empress Gifty Osei, has transformed into a thin-skinned snowflake who responds to every rumor about him on the internet.

He goes so far as to abuse and threaten people on his timeline, which is unworthy of a man of his standing.

If these claims are accurate, he has gone much beyond common sense and needs to be advised to take a step back.

Some of his behavior is hard to believe for a huge celebrity like him, but ‘ebe Ghana we dey,’ so nothing surprises him anymore.