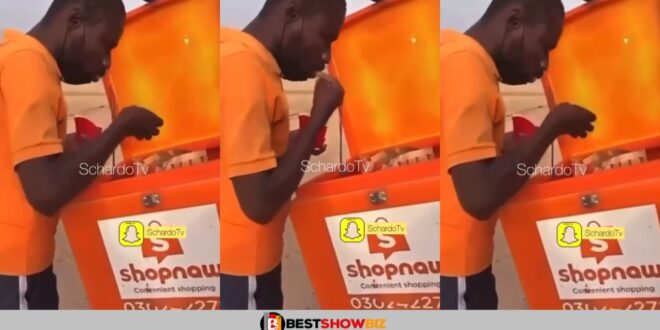 An unusual video of a restaurant delivery man eating a client’s food bought online has gone viral on social media.

The footage, which has sparked outrage, reasonably confirms multiple allegations from dissatisfied customers who claim that food they purchase online is occasionally tampered with before it is delivered to their homes.

The delivery man, whose name is unknown, is shown ravenously pouncing on a bag of KFC fries that he is due to bring to a client in the video.

Despite the fact that it is unclear if the food he was eating was for him or not, a description or caption accompanying the video implies there was something fishy going on given the manner in which he opened the delivery box.