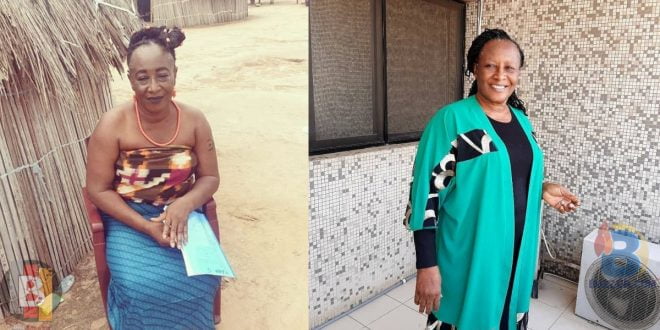 Veteran Nollywood actress, Patience Ozokwor well-known as Mama G has finally opened up on the recent cases of sexual abuse of women that occurred in Nigeria.

quite recently a 22-year-old university student,  Uwavera Omozuwa was raped and murdered at a church premise and it sparked outrage in the past week.

Reacting, Ozokwor in an interview with Sunday Scoop vehemently condemned the abuse and called for strict punishment towards actors convicted of rape.

She went forth to stress on the style of dressing of the youth nowadays as she links it to be a major cause of the recent uprise in rape cases.

“Girls should stop dressing provocatively. It seems like they can’t do without skimpy wear. That was one of the reasons I shut down my boutique because if one doesn’t sell skimpy clothes, people would not buy. However, people with good background would not do that because they know it would bring shame to their families.

Some actresses think that when they dress that way, they would get roles but it is not true. Talent comes first. It is on set that one would be given the kind of dress one is to wear, so that one can properly portray the character one is playing. Many girls come in (the industry) and they want to make it, by all means, so they fall into the wrong hands. Even some of the people they think are directors may not be professional directors. Real directors don’t have time to mess around like that.”