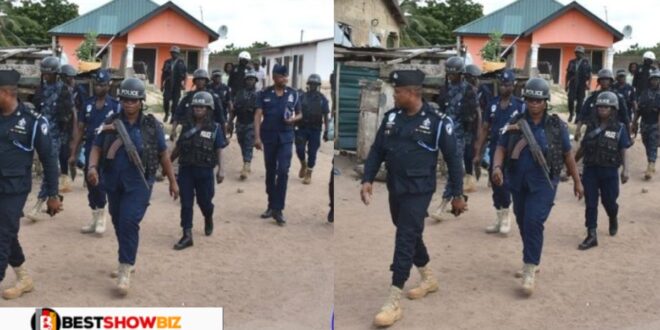 The Ghana Police Service has apprehended three people for impersonating a kidnapping in Takoradi, the Western Regional capital.

According to the authorities, the three fabricated the event and sought a GHS 5,000 ransom.

The police said in a statement distributed to the media that suspect Joana Krah plotted with the other two suspects to fake her kidnapping and sought the GHS5,000 ransom from her adopted father.

“According to reports, suspect Joana Krah planned with the other two suspects, Susana Awortwe and Francis Eshun, to stage her kidnapping on Friday, October 22, 2021, following which a call was put to her adopted father demanding the ransom.”

According to the police, when Joana Krah realized her adopted father had reported the incident to the police and a major search had been launched to find her, she appeared at the Takoradi Central Police Station to admit to just joking with her father.

READ THE COMPLETE STATEMENT BELOW.