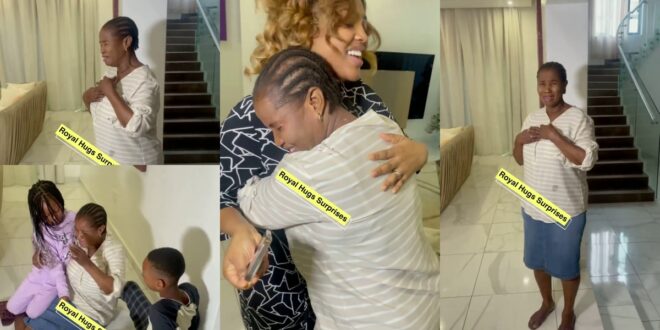 People who frequently offer good services to others are frequently rewarded, and this young lady was no exception, as she received the most extravagant gift from her mistress on her birthday.

The maid couldn’t believe it when she noticed the cameras rolling on her before she was presented with a large cake as she marked a new year in her life.

The maid who has faithfully served her employer was taken aback when she received presents and a cake from a company named Royal Hugs Surprises on behalf of her kind employer.

The emotionally overwhelmed maid broke down and began crying as she saw the drama unfold. Her mistress’s children took turns hugging her as a way to demonstrate their affection for their mother. The woman smiled as she brought her cake.