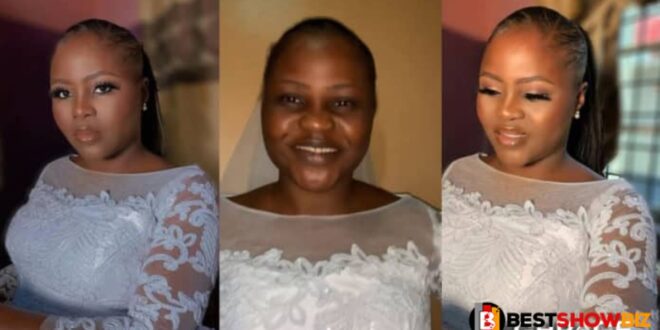 Her Church forced her to clean the makeups before she got married.

A make-up artist took to social media to recount a “unusual encounter” in which she was forced to remove a bride’s make-up before her wedding since her faith forbids women from wearing it.

The makeup artist, known on Instagram as ‘peenfaces,’ described her aggravation and rage as she went through the stress of creating a really great makeup for her client ahead of her engagement.

She was proud to say, however, that she only took around 10 minutes to redress the bride.

She added captions to the video.

She captioned the video: “I had an unusual encounter with my bride on Saturday. After Her engagement in the morning, I had to take off Her make-up for church service. Her church doesn’t permit make-up.

“I was frustrated and angry because I would have to start the make-up from scratch for her reception. And we know the rush is usually epic when they come back from church for the reception program. We barely even have enough time for touch-ups not to talk about starting the make-up afresh.

“I was anxious cos i had just 10 mins to fix Her makeup, but then God came through for me. Makeup isn’t a small work as some people assume, especially when you have limited time to work on a face.”

The incident reportedly happened at the Mountain of Fire and Miracles Ministries in Nigeria.