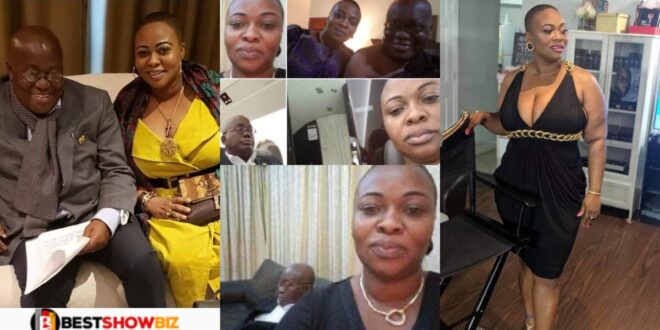 More photos of Serwaa Broni, the Canada based side chick of Nana Addo

It is nothing new for presidents of the Fourth Republic to be accused of having side chicks.

Only President Atta Mills was free of such speculations, as were Presidents Rawlings, Kufuor, Mahama, and now Akufo-Addo.

This week, pictures of a middle-aged woman have been spreading on social media, with claims that she is the President of Ghana’s side chic.

According to people who are trending the images, the woman’s name is Serwaa Broni.

In those photographs spreading on social media, the very endowed woman is posed with Ghana’s President.

Some of the images were taken on the President’s much-hyped private jets for his international trips.

Serwaa Broni, who is based in Canada, is said to meet the President whenever he visits North America.