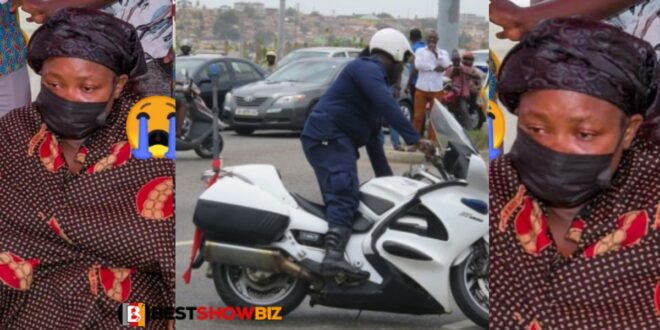 Yesterday was a gloomy Friday for Ghana’s Parliament House when the speaker’s usual dispatch rider was killed in an accident while on duty.

When the Speaker of Parliament, Right Honorable Alban Sumana Kingsford Bagbin, and the Parliamentary staff paid a visit to the widow of his dispatch rider who had perished in an accident the day before, it was a terrible and sad sight to witness.

” You told me you were coming from Parliament only to be told you were dead. Why didn’t you bid farewell? Why didn’t you tell me you were leaving? Oh God, hold my heart,” the widow of the Killed Dispatch Rider stated, sobbing hysterically.

Read Also  "I am ready to perform in churches"- Fameye

The Speaker of Parliament was observed with his head bent, unable to control his emotions due to how tearful and sorrowful the woman was, and quickly brought out his handkerchief to wipe his face now and again.

The Speaker of Parliament, the Right Honorable Alban Sumana Kingsford Bagbin, told the widow that Parliament would do all possible to ensure that their dead colleague was given a proper and dignified burial.