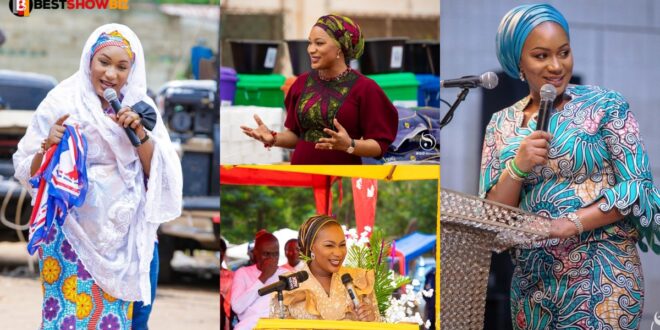 We came across an extremely attractive and well-dressed Muslim woman who resembles H.E. Samira Bawumia, our Second Lady.

Her identity is unknown, but her appearance, if not for her fairness, would have led one to assume she is Samira Bawumia’s twin or a distant relative.

The unnamed woman’s forehead to chin curvatures of her face are identical to those of the Vice President’s wife, Samira, as seen in the pictures.

In fact, her nose, cheekbones, and eyeballs have an uncanny resemblance. There is a higher degree of resemblance between the two, save for the minor thickness of Samira Bawumia’s lip.