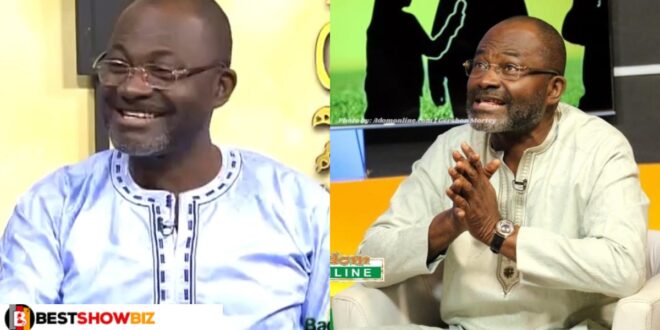 Hon Kennedy Agyapong, an alleged ailing politician, has come under fire after inviting a large delegation of pastors to pray for him at his home.

A video of Kennedy Agyapong dismissing the importance of the church has resurfaced on social media, prompting fans to react to his comments about the institution.

He can be heard in the video claiming that going to church is a complete waste of time and that he has no business being there.

According to him, he cannot place his faith in Ghanaian pastors as genuine men of God because the vast majority of them are deviously taking advantage of their flocks of followers.

Aside from verbally attacking pastors, the outspoken politician has campaigned against men of God in the past, successfully discrediting the vast majority of them.

However, a video of Kennedy Agyapong and a group of pastors has recently surfaced on social media platforms.

Following reports that he was not feeling well, it appears that the pastors paid him a visit in order to intervene in his behalf in prayer.

Following that, there is a growing debate about whether the politician will change his mind and now consider the church to be a healing environment, or whether he will remain adamant.