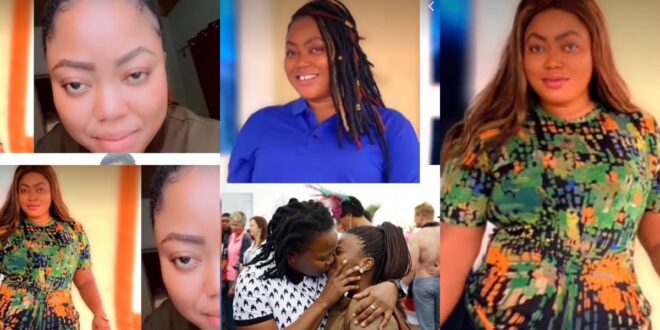 a Ghanaian tiktok celebrity has admitted that she is a lesbian and she has explained why she chose to be one.

In her most recent video, she explained why she preferred lesbian over dating men.

According to her in the video, she loves it much more when she does it with another woman.

She went on to say that she often bleeds when she offers herself to men, and that since she is both a man and a woman.