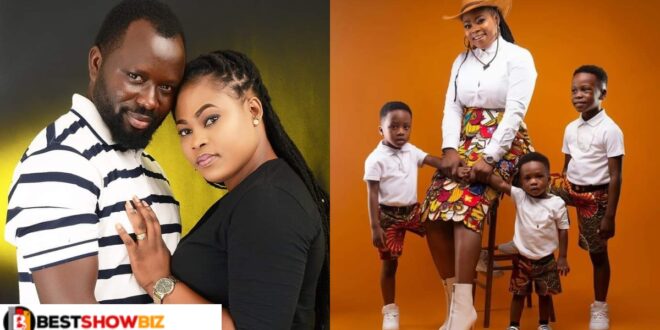 Joyce Blessing’s sister-in-law explains how the DNA test leaked online and why her husband did the test in the first place.

Joyce Blessing’s sister-in-law has stated, in a recent interview, why his brother (Dave Joy) tested their children’s DNA.

The lady revealed that his brother conducted the DNA test on the children out of resentment after their mother had denied him access to them.

According to the lady, on a rare occasion, Joyce Blessing granted Dave Joy the opportunity to be with the children, and when he went to the hospital for the DNA test, his concerns were realized.

According to the sister-in-law, the DNA test conducted revealed that the firstborn is not his brother’s son.

When asked why her brother disclosed the information to the media, she stated that he did not do so because the story had brought him embarrassment as well.

Read Also  This man is evil: Husband arrested for k!lling of his wife so he can inherit her properties

She revealed that they have been attempting to contact Joyce Blessing for almost three months but she does not pick up their calls, and as a result of his pain, Dave Joy discusses his issue with friends. To this lady, she believes one of the friends leaked the information to the media.