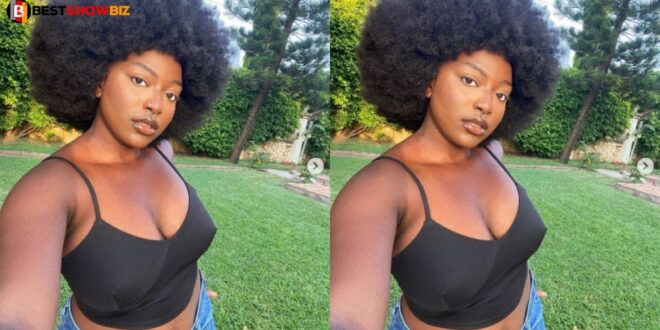 Ama Governor, a lesbian from Ghana and one of the country’s most popular YouTubers, has revealed her first experience of having s3x with a woman.

The lady she had her first time with, according to the YouTuber, was 27 years old and it occurred between January and February of 2020. Ama went on to say that this person’s name is Davi and that she runs a Made in Ghana clothes company on Instagram.

Davi was introducing a product, and Ama Governor announced it on Instagram with a giveaway in the form of an invitation to the launch, which she accepted.

Ama stated that she had a chat with her at the party, and it was then that she realized she was into girls as well.

According to Ama Governor’s testimony, she was at the Pentagon Hostel in Legon in a video monitored by bestshowbiz.com, and despite having a gentleman who satisfied her when she wanted it, she still wanted to experience it with a woman.

Ama Governor was mischievous as she described her first encounter with a lady and how her boyfriend nearly collided with them.

Ama Governor went on to explain that she had two more interactions with different ladies after her first contact with the woman.

Lesbian Ama Governor claims her mother is homophobic, and the two keep their peace by not discussing LGBT and homophobia issues.

Read Also  "Men Are Useless, I Regret Being A Man" - James Brown Claims