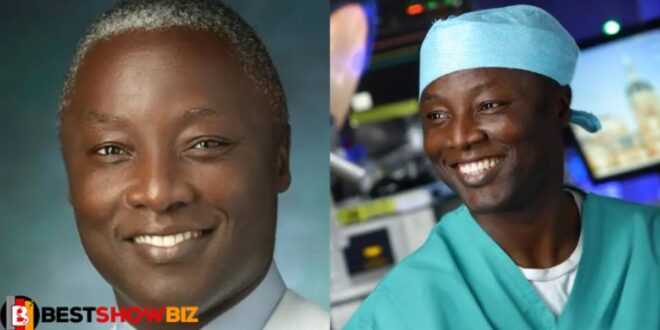 Dr. Kofi Derek Owusu Boahene, a Ghanaian doctor in the United States of America, has been selected one of the finest plastic surgeons in America for 2021.

In the discipline of Rhinoplasty and Facelift, Dr. Boahene was nominated to the list of America’s Best Plastic Surgeons 2021.

Dr. Boahene was honored to be included in the list.

The hospital itself took to social media to congratulate the two doctors on their outstanding performance.

The Facebook page for John Hopkins Otolaryngology tweeted, “A huge congratulations to Kofi Boahene and @drshaundesai on being recognized by Newsweek as two of America’s Best Plastic Surgeons 2021!”

Two images were attached to the message, one of Dr. Boahene and the other of another colleague, Dr. Shaun Desai, who was also on the list.

Dr. Kofi Boahene should be congratulated for his contribution to the nation.

The ranking of greatest plastic surgeons in America was compiled by Newsweek based on a study conducted in collaboration with Statista Inc, a world-renowned German statistics business.

Plastic surgeons were polled and asked to rank their peers based on a variety of parameters. The final standings were determined by adding up the results of the surveys.