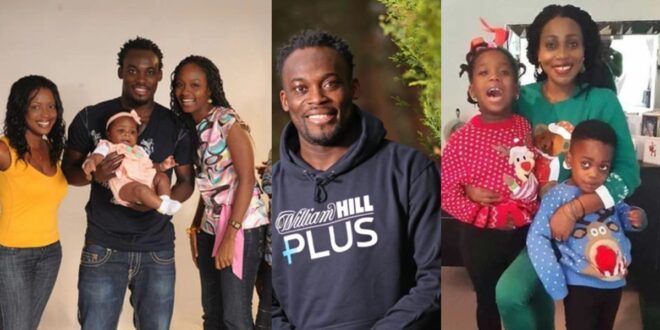 See pictures of Micheal Essien, his wife and children

Michael Essien is a well-known African footballer who has represented a number of European club teams.

He is one of the most talented African stars in football history, and we can never underestimate him.

His contributions to the Black Stars squad elevated them to the top of Africa. He also played for Chelsea, Real Madrid, AC Milan, and a number of other clubs.

He is now working as a coach at FC Nordjlland. Michael Essien has always been at the top of his game.

Below are pictures of himself and his family.