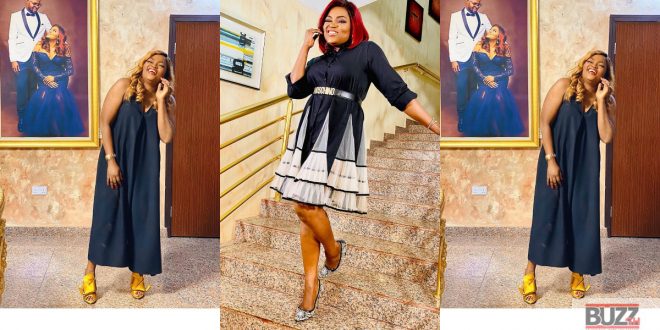 Funke Akindle, the Nollywood actress has reacted to the recent murder of two young ladies in Lagos ina way that has got her fans worried as most of them interprets it as suicidal.

Just recently, a student from the University of Benin in Edo State identified as Uwaila Omozuwa was reportedly raped and murdered thereafter. Besides, a 16-year-old girl also died after being hit by a stray bullet from the Nigerian police.

Taking to her Instagram page, she noted that she is completely fed up with what is going on in the world and worried as well. She stated that the gruesome killings together with negative tendencies such as corruption, retarding Nigeria has reached its apex hence stating that  she’s tired with life.

Followers who shared the same sentiment with the actress noted that they are also tired and only God can solve the problems of the world right now.