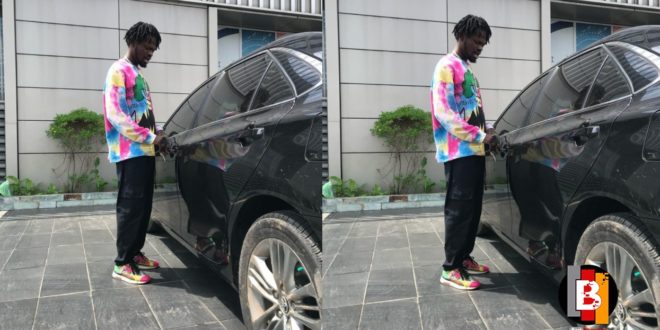 Popular fast-rising highlife singer Fameye has wowed his fans as he for the first time shows off his huge mansion and car.

the ‘Nothing I Get’ hitmaker in the video as we sighted was now bosting of having a mansion and a car.

he flaunts what he has during the birthday of his son as he had the house beautifully decorated with portraits of his son all over the house.

being so excited, Fameye recorded himself and his house and car and claimed he also has something now.