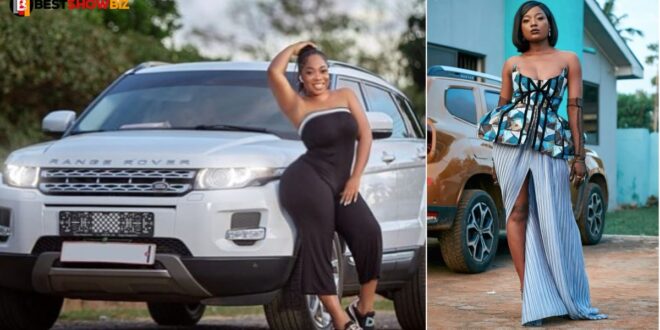 In the aftermath of Moesha Boduong’s repentance and subsequent questions about her mental state, Efya is attacked based on a rumor.

According to an Instagram blogger, Efya has proved that she cannot be trusted as a friend in the case of Moesha.

Cutie Julls, a blogger, said Efya bought Moesha’s Range Rover. When she understood Moesha was not in the correct frame of mind at the moment, she sold her for only $15,000 dollars.

Moesha sold her personal possessions to donate the money to the church she attends, among other discoveries.

For days, Efya was hounded on social media based on these charges.

“THE VERSION OF ME YOU CREATED IN YOUR HEAD .. IS NOT MY RESPONSIBILITY”- she captioned a photo of herself.