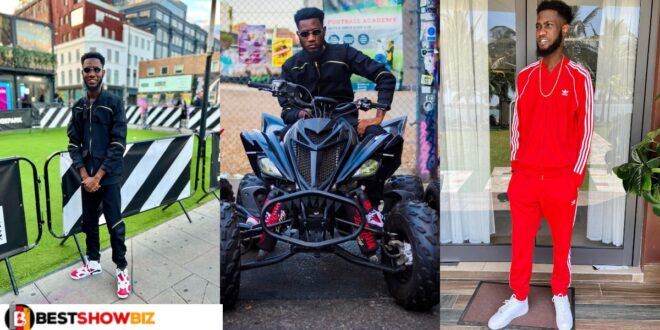 “Don’t Compare me to Ghanaian rappers like Sarkodie, Edem, Kwesi Arthur, compare me to jay-z and lil win”- Ypee

Days after boasting that he is the best rapper in Ghana and has no equal, rapper Ypee has returned with a new video to reinforce his condescending demeanor.

In a previous report, Ypee was captured in a video saying he has no match in the industry, which means mainstream acts like Yaw Tog, Sarkodie, and Kweku Flick, amongst others, are not in his bracket.

“I know what I’m bringing, and Like I said I’m bringing my album, so Ghanaians should keep an eye out for it.” Now I want Ghanaians and the rest of the world to know that I am, in fact, the current king of Ghana rap. I can rap better than anyone else.

I want everyone to know that I’m not just talking; they know I did over 100 features last year. It has never happened in Ghana before, so I don’t want people to underestimate my abilities,” he boasted.

According to him, he began rapping in 1996, so he has enough experience under his belt to back up his claim.

In this new development, Ypee stated that people have been criticizing him on social media since he made this statement, but he still believes he is the best rapper in Ghana.

He claims that mentioning his name in the same sentence as other rappers in Ghana is disrespectful and that he only wants his name associated with Jay Z, Lil Wayne, and other American heavyweights.