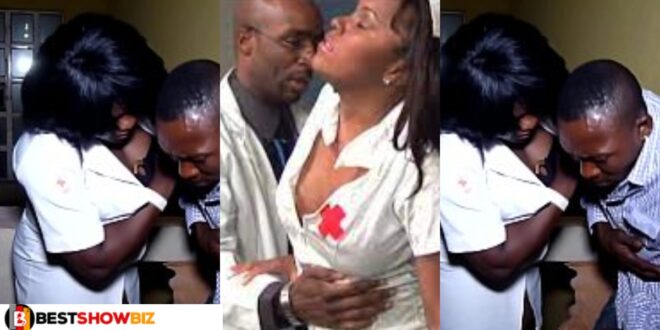 Doctor and Student nurse suspended for chopping themselves in the hospital

After being caught having sex while on duty, a doctor and a nurse doing their internship in a Tanzanian hospital have been suspended from work.

A patient who was admitted to the Tabora hospital reported the two health workers to the hospital administration.

In the midst of the doctor and nurse’s loud loans, the patient could not bear the routine sexual activity.

According to the source, the patients on the ward had reached their limit of tolerance and had decided to report the trainee doctor and the nurse because they could not stand the loud moaning.

The hospital held a meeting with employees on Monday, November 29, 2021, during which Kaliua District Commissioner (DC) Paul Chacha announced the suspension of the doctor and nurse.

“If this person is an intern, the hospital should check on him and see how he is fairing on. Why leave him to do this? A negative report about him will be sent,” he said.