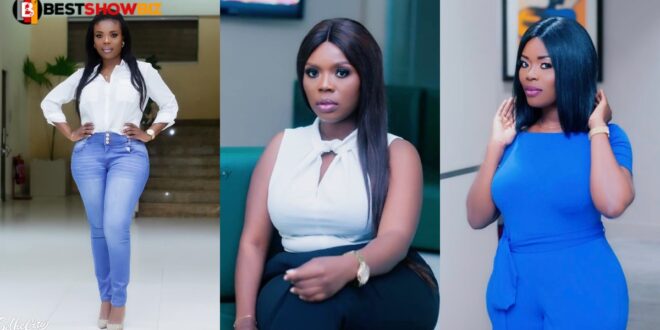 Delay (Deloris Frimpong Manso) gets upset when she claims an anonymous celebrity tried to advise her on how to manage her show.

Delay, who clearly believes she is the greatest interviewer in Ghanaian history, was enraged that someone tried to counsel her.

Worse, she claims the individual is someone she assisted in becoming famous when her show first aired 14 years ago.

The television personality is enraged that the person she made famous on her show is now telling her what to do because they believe they have ‘arrived.’

On her program, Delay went on a rampage over this mysterious advisor.

According to her, she was taken aback when this individual approached her.

She claimed the individual acted as if they were giving Delay oxygen to breathe in order for him to survive.

She claimed she was in such shock that she had no choice but to remain silent before her oxygen supply was cut off.

As she attacked this obscure star, Delay was oozing with sarcasm.

Check out her video below…