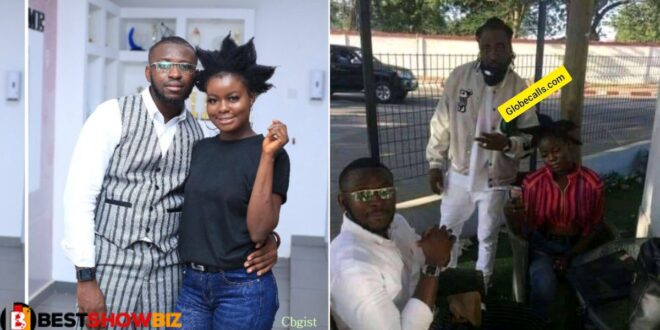 DateRush Is fake, Old Photo of Fatima and her Date Bismarck surfaces online. They already knew themselves.

-Netizens have exposed the deceitful side of date rush.

-This follows the appearance on social media of an old photo of Fatima and his new date Bismarck.

-Citizens believe the presentation is a ruse designed to deceive the public.

Last episode of Date Rush was exciting because one of the popular competitors, Fatima, was assigned a nice gentleman named Bismarck as her date.

Fatima’s fans and practically every program watcher were ecstatic for her, as she is constantly rejected by different men.

Since the show began, a large number of people have attended, with the majority of them receiving a date.

Some people, however, are still skeptical about whether people participate on the show to find love or if they are just performing.

As an old photo of Fatima and her new date Bismarck appears, their worries about the show being fake seem to be confirmed.

They appeared to have known each other for a long time before meeting as new lovers on the show.