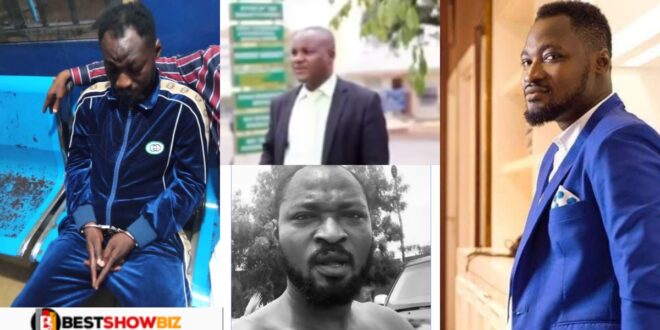 Benson Nana Yaw Oduro Boateng, also known as Funny Face in his private life, has gone through a lot in the recent past.

Following a court appearance yesterday, he was taken into custody and sent to a mental facility.

When asked about the actor’s problems in an interview that bestshowbiz.com observed, clinical psychologist Stephen Yawson said that the ‘Kasoa Trotro’ actor is suffering from bipolar disorder.

Mr Yawson also provided information on how Funny Face’s condition might be improved. According to him, medications and physiological treatment will be beneficial to the well-known comedian.

More information on what he stated may be seen in the video below.