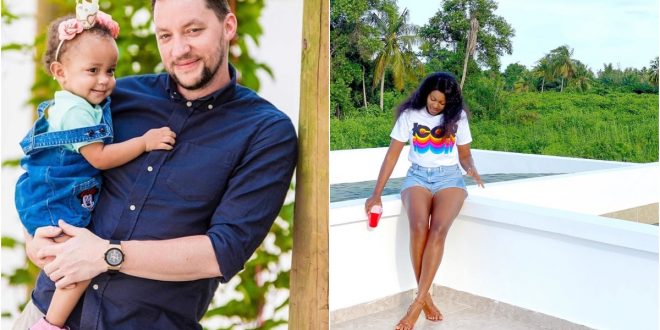 Yvonne Nelson’s only daughter Ryn came as a result of a relationship she had with British photographer Roberts.

Yvonne left robberts when she found out that the man already had kids and a complicated relationship with his ex wife.

Yvonne in an interview revealed that they both are co parenting baby Ryn and making sure she grows and gets the best of care.

Yvonne Nelson did not post mr Robberts to wish him a fathers day, but rather posted her own mother which attracted alot of backlash from social media users.

A new picture that has emerged on social media has Robberts spending some quality time with Baby Ryn.

The picture shows how much Robberts loves his child.

There was also a striking resemblence between the two.

see the picture below.