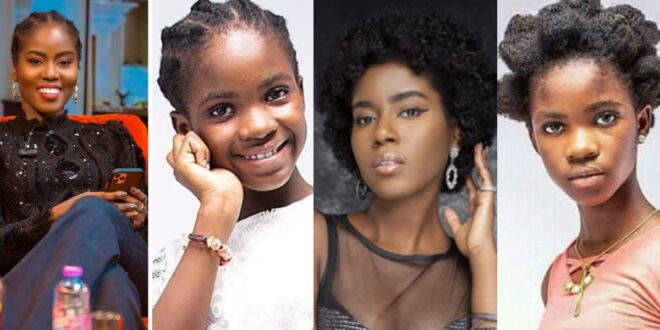 Check out the striking resemblance between Ashley Chuks and Mzvee (photos)

Mzvee and Ashley Chuks are both Ghanaian musicians. Ashley Chuks is a 12-year-old young lady who came in second place in the “Nsoroma” Kids Talent Show. Prior to joining Nsoroma, she was a member of TV3’s talented kids, but she was kicked out.

Mzvee, on the other hand, is one of Ghana’s most talented musicians. She was recently signed to Lynx Entertainment, but due to a misunderstanding, she had to leave to pursue another record company. Mzvee has made over 50 tunes and other collaborative efforts since she started in the music industry.

Read Also  "Take your kids out of Ghana if you have money, the country is not safe"- Agya Koo