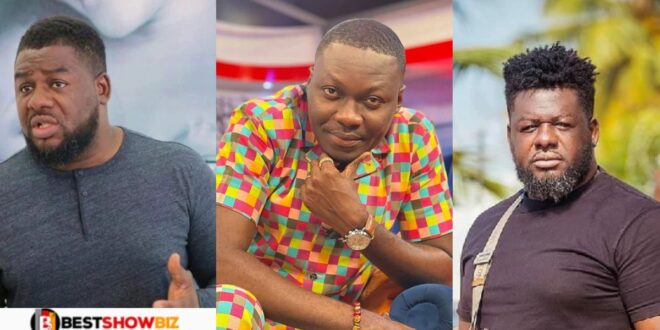 Bulldog, who is known for his abrasive personality, slammed Arnold Mensah for openly challenging him and Shatta Wale over their recent “wahala” with the Ghana Police Service.

Bulldog and the other individuals around Shatta Wale, according to Arnold Mensah, are doing the musician a big disservice since they can not sit him down and talk common reason into his mind.

He went on to say how disappointed he was with Bulldog for failing to properly manage and groom Shatta Wale as an artist under management.

These remarks from Arnold Mensah obviously irritated Bulldog, who attempted to derail the show by threatening to physically attack Arnold for disparaging him and Shatta Wale.

Bulldog was furious and demanded an apology from Arnold Asamoah, which he graciously accepted before the peace was restored.

After Arnold’s apology, the two burst out laughing as they realized they had crossed the line and were acting like hoodlums on live television.