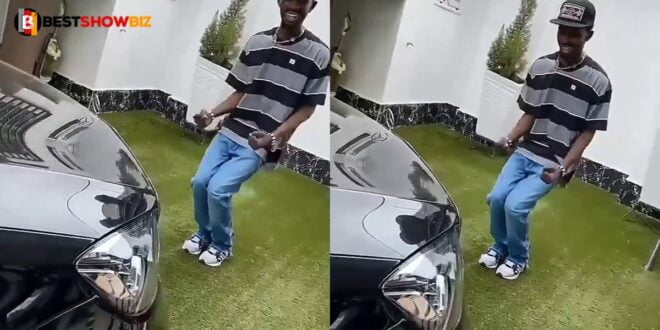 At an early age, Mohammed Ishamel alias Black Sherif has had a lot of success in the musical industry (20).

With his first and sermon freestyle, Black Sherif, who rose to prominence with his money single, won the hearts of Ghanaians.
His second sermon has cleared the road for him in particular. He is now a national treasure and one of the most significant discoveries of the year 2021.

There’s good news! He has received a fresh new Mercedes Benz from a very close source. As a celebrity, you must provide your own transportation wherever you go. Black Sherif deserves to be congratulated.

Check out a teaser of him showing off his Mercedes Benz.