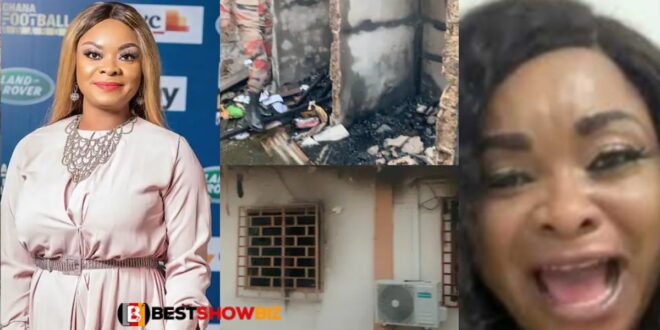 Beverly Afaglo Baah, a Ghanaian actress who is still in tears at the loss of her homes, has fired back at detractors with a coded answer.

Following the terrible occurrence a few days ago, the actress issued a press release through her management asking for assistance.

Yvonne Nelson, a coworker, also launched a Gofundme account with a goal of $20,000 to help Beverly restart her life.

Despite the fact that this was a wonderful idea, the actress was slammed by an old video of herself talking about not being broke.

She could be heard bragging about hailing from a wealthy family and inheriting properties from her late father on the video.

According to the netizens who are distributing the video, they are perplexed as to why someone who claims to be fabulously rich and not broke in business is now begging for alms because her house was burned down.

Some speculated that she had too much money at home and not in the bank, prompting her to seek public assistance.

She has, however, responded to these individuals in a coded manner.

In a social media post, she stated that she is praying to God to punish people who are sharing her old video.

Take a look at the image below: