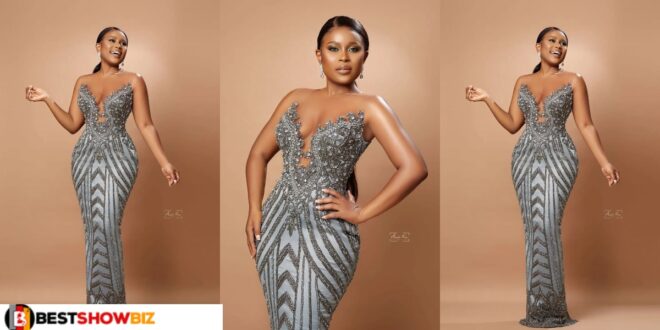 Once again, Berla Mundi, a well-known television personality and screen goddess has dazzled her fans by releasing a series of breathtaking pictures.

By posting several photos on social media, the TV personality created a stir.

After seeing the photos, even her coworkers and other celebrities could not stop remarking on how good she looked.

Ayisha Yakubu, a colleague of hers, commented on the post, saying she was killing them, and she responded by asking if she should post another.

Read Also  Sad news: A 12-year-old boy killed because he refused to join a cult.
Share