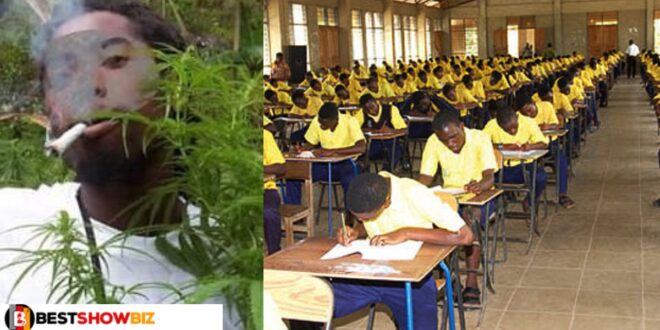 A BECE candidate who is currently taking the exams was caught smoking what is believed to be Marijuana, also known as weed.

Hassan Yussif, a young man from Adansi Apagya in the Ashanti region, was reported to have abandoned his newspaper to smoke marijuana in a nearby bush.

According to the invigilator, Hassan’s table was wet with sweat all over his papers when the first paper started in the morning.

He was said to have brought in a bottle of the popular Sobolo drink that had been mixed with weed before the start of the exams.