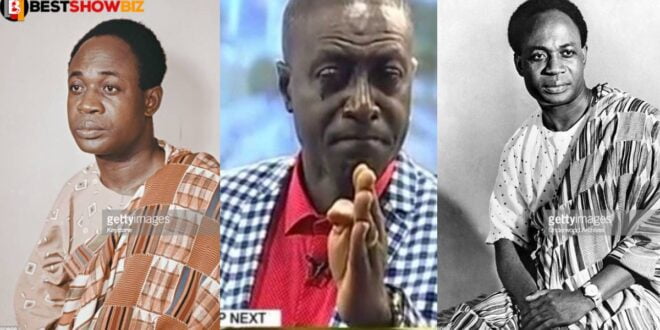 Captain Smart, a top Ghanaian media personality and socialist, has exclusively stated that Ghana’s first prime minister, Dr. Kwame Nkrumh, has appeared in his dreams 70 times and continues to communicate the same message to him.

Captain Smart alleges that Dr. Kwame Nkrumah continues to tell him in his dreams that the 2024 general elections will be full of surprises for the country, with both the NPP and the NDC presidential candidates losing badly.

He asserted For the first time in 30 years, Kwame Nkrumah informed him that Ghana would have a new president who is not linked with either the NPP or the NDC and that this new president would invigorate and improve the country.

While appearing on Onua TV earlier this morning, he also said that whenever he speaks to Dr. Kwame Nkrimah in his dreams, he seems very young and energetic.

The daring political critic also encouraged young Ghanaians who are interested in politics to run in the 2024 elections, saying he believes they will win.