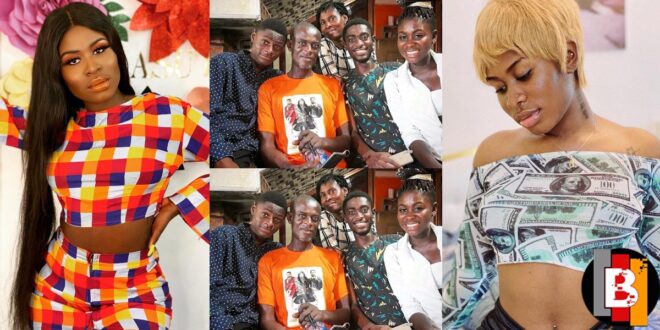 Beautiful pictures of Yaa Jackson with her father and two brothers surfaces online.

Kumawood is a Ghanaian film business that is the most profitable in Africa and is known for producing exceptional talent.

One of the finest talents nurtured by the Kumawood film industry is Yaa Jackson. She is the only child of Jackson K Bentum, a powerful and well-known film producer.

Jackson K Bentum is an illustrious guy whose contributions to the Kumawood film industry’s climax cannot be overstated. Since the beginning of the film industry, he has created approximately 200 films.

Yaa Jackson is a singer, songwriter, and actor from Kumawood. In Ghana, she is widely regarded as one of the best and most brilliant actresses in the country’s film industry.

Yaa Jackson, her attractive father, and two attractive brothers are featured in some breathtaking images below.