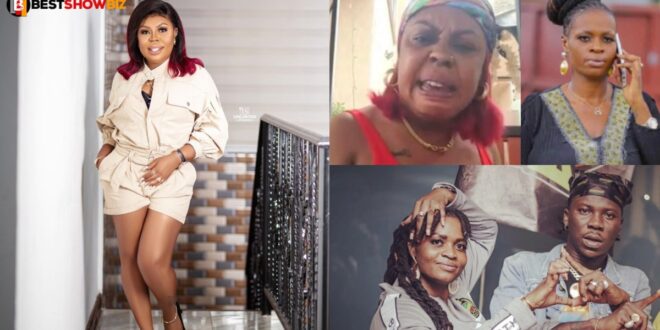 She Loves Stonebwoy as she is affectionately called characterized Schwar as an unfaithful godmother to her kids in a recent video from her stronghold in the United States.

In the last week, Ayisha Modi and Afia Schwar have been teasing one other on social media over actress Moesha Boduong.

Moesha is reported to be going through a difficult time in her life. Both Modi and Schwar, who are close to the actress, have given contradictory statements.

Modi, on the other hand, did not mince words when she called out Schwar in her most recent Instagram live appearance.

Schwar has been blackmailing individuals in order to steal their money and has even used her daughter, Pena, to beg for money according to Ayisha.

Ayisha Modi went on to call Schwar a non-entity, explaining how she (Schwar) had grown resentful to Delay since being thrust into the spotlight.