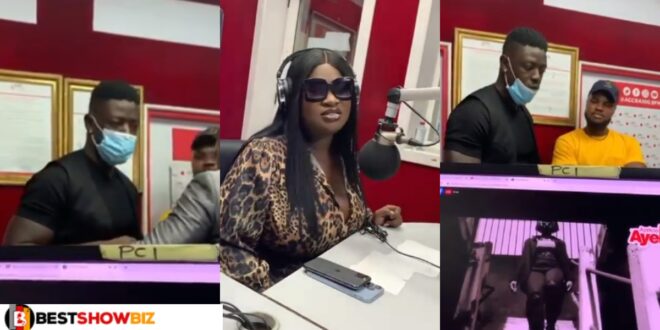 A man claiming to be a bouncer for female musician Sista Afia barged into the Accra Fm studios where she was giving an interview to demand money.

According to the young man, he served as a bouncer at an event hosted by Sista Afia, but she refused to pay after he offered her the services she required.

Sista Afia, who appeared astonished by the man’s actions, confessed that she had never seen him before and did not owe him a pesewa as he claimed.

The female singer, who was in the Accra FM studio to promote her new single Asuoden, was visibly frightened and perplexed after the man rushed the studio.