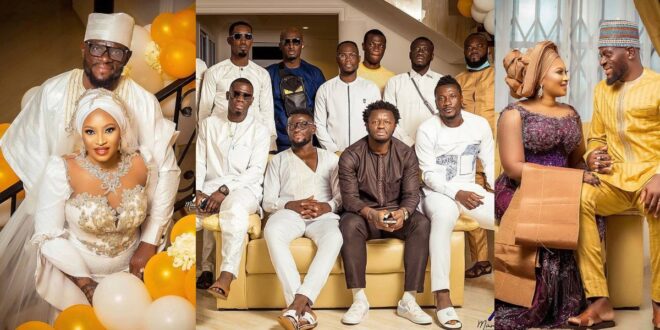 Following up on the first pictures, a new image has surfaced showing how the wedding of Fatawu Dauda took together a host of Ghanaian football players.

Dauda, Muntari, Gyan, and Acquah were seated in a sofa with Dauda, while the other stars stood behind the couch. The most of them were clad in white.