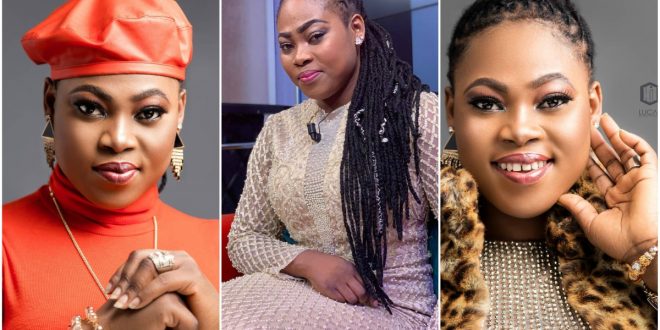 Some people are fighting me Spiritually – Joyce Blessing Reveals

Gospel artiste Joyce Blessing has recounted the suffering she now has to endure before she is able to promote her music since her marital break down with Dave who doubled as her manager.

speaking in an interview with Sammy Baah Flex on Showbiz Agenda, Joyce Blessing she now lacks funds in financing some of her projects and has resorted her to other menial jobs to be able to get some money to go to the studio to record songs.

“I had to weed people’s farm to get money to go to the studio. people are fighting me spiritually and it hasn’t been easy for me,” she said

she, however, revealed that her divorce with Dave Joy has affected her in many ways especially due to the fact that her ex-husband logged her out of all her former social media accounts which have forced her to create new ones.