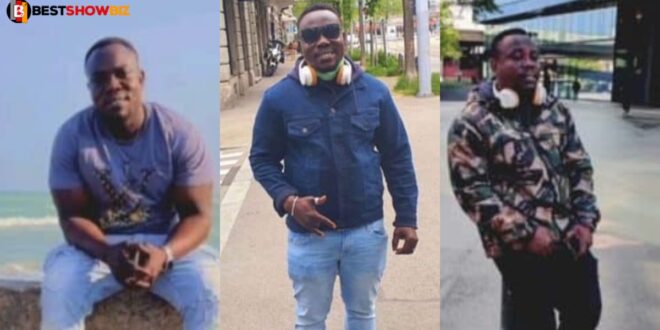 Germany Borga who came to Ghana k!lls mother in law over broken heart.

According to news from Takoradi, Emmanuel Coffie, a 35-year-old German Borga, has killed his would-be mother-in-law and himself.

According to the individual who first broke the story, the young man committed the horrific act as a result of heartbreak.

According to reports, Borga returned to Ghana with the intention of marrying Dora Kyerewa, his longtime girlfriend.

It was discovered that the man and his girlfriend had been dating in Takoradi for quite some time before he moved to Germany.

While in Germany, the man was spraying money on his sweetheart in order to walk down the aisle with her.

When the time came, the German Borga arrived in Ghana and went to request Dora’s hand in marriage, but was received a shock.

After years of ‘caring for’ the family with money, the lady’s mother dismissed him.

True to her words, the mother, Elizabeth Benyiwaa Nkrumah, persuaded her daughter to abandon the German Borga.

After being humiliated, the brokenhearted man stormed the lady’s home with a gun, confronted the mother, and shot her.

According to the informant, after killing the mother, Mr. Emmanuel committed suicide by stabbing himself with a knife.