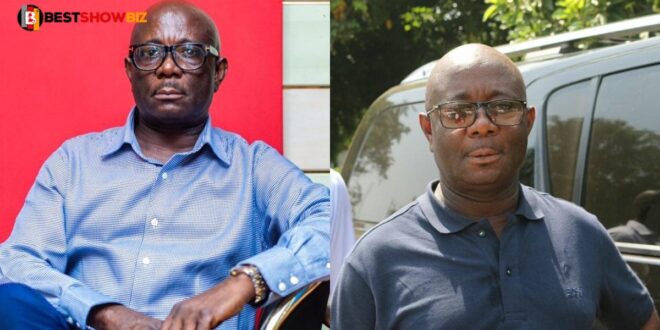 Akwasi Addai Odike, the founder of the United People’s Party (UPP), has said that his wife is unconcerned about his cheating and has no concerns.

According to the businessman, his wife is aware that she has another woman in her life and she fully supports her husband’s decision.

When asked about his upbringing, he revealed that he grew up in a polygamous household in an interview with Nana Aba Anamoah on Starr FM.

The businessman says, “I’m married and I have a girlfriend.” This is something that both my wife and girlfriend are aware of.”

“My father was polygamous, but I cannot sit here and lie to Ghanaians about it,” he continued. If a guy is honest with himself and with God, he will succeed. No, you do not have to swear to any woman that you are the only one. It is not necessary. I will never be flattering towards anyone. However, if I discover that you are a suitable woman who is capable of bringing me delight, I will certainly consider it. I expect my girlfriend to understand me completely and to love me in the way that is needed of her. “

He also stated that women are the source of happiness and that they should be permitted to hold top positions since, in comparison to men, they have the confidence to aid in the development of businesses.

His support for the Affirmative Action Bill currently before Parliament was revealed, and he expressed disappointment that it has not yet been passed.