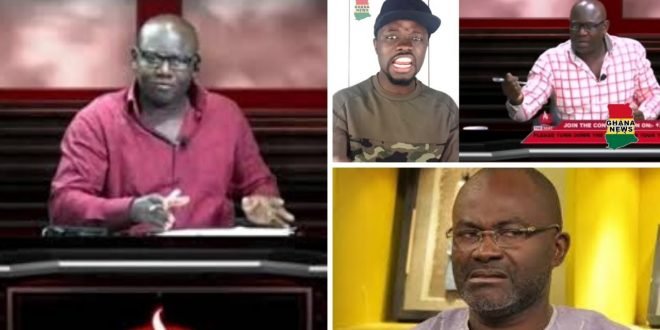 Popular Ghanaian vlogger Magreheb has reacted to NET 2 tv host Kwaku Anan after the later asked for an apology concerning some comments Magreheb made about how the producers of “The seat” show on NET 2 went about their work.

After giving Magreheb 48 hrs to apologize, the vlogger is out to explain what transpired between himself and Kwaku Anan, who is the host of the show.

In a video we spotted, Magreheb played all the insults Kwaku sent him and also responded to him.

Here is a video of how it all started and how Magreheb reacted to it.