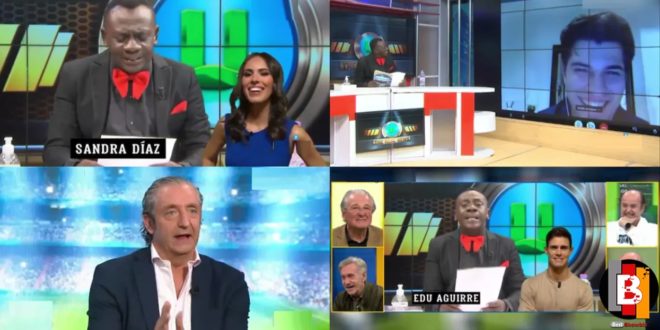 Akwasi Boadi, as he is known in real life, got a feature on El Chiringuito TV, a popular Spanish sports show after a video of him struggling with the name of the Spanish player and Chelsea’s captain, César Azpilicueta went international.

Among the panelists at the Spanish sports show was Manchester United’s Paul Pogba’s senior brother, Florentin Pogba and he could not hold back his laugher when the Ghanaian actor was tasked to pronounce the names of the workers at the show.

Akrobeto on the other hand asked one of the anchors to pronounce some local Ghanaian name including that of President Nana Addo Dankwa Akufo-Addo. The Spanish man’s efforts also erupted laughter as he had a hard time pronouncing the Ghanaian names.

Watch the interview below;