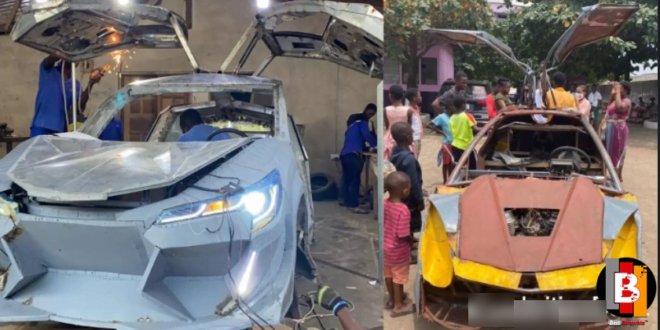 Kantanka Automobile has shared photos of a new car project they are working on it is very similar to the car that was built by Kelvin Odartey, the BECE graduate.

18-year-old Kelvin Odartey went viral some months ago after he stormed the BECE examination center with his manually manufactured car which he built with scraps.

Following the boy’s innovative work, he got the chance to bag a scholarship from Kwadwo Safo Junior who is the general manager of Ghana’s one and only car manufacturing company.

Well, yesterday, Kwadwo Safo Junior shared a photo of a new car the company is working on and it has got us all assuming Kelvin is among the construction team since it is an upgrade of the one he built.

In the Twitter post, the general manager revealed that the car is known as Akofena. People are still reacting to the new car.