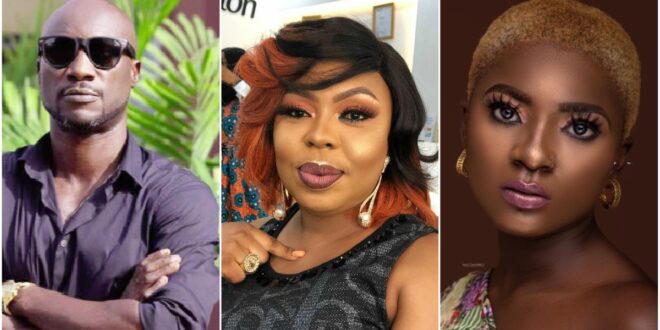 the woman version of Kennedy Agyapong who knows every secret about everyone while ranting in the latest video about Patapaa’s wedding mentioned that Kwabena Kwabena and Ahuofe Patri have been chopping themselves in a low key.

the issue about the sexual relationship between Ahuofe Patri and Kwabena Kwabena has raised up several times but since there hasn’t been any proof, it does not go anywhere.

we do not know the kind of evidence Afia has to make such allegations.

Here is the case Ahuofe Patri and Kwabena Kwabena are adults and not underage hence they can do whatever they want without anyone’s permission.