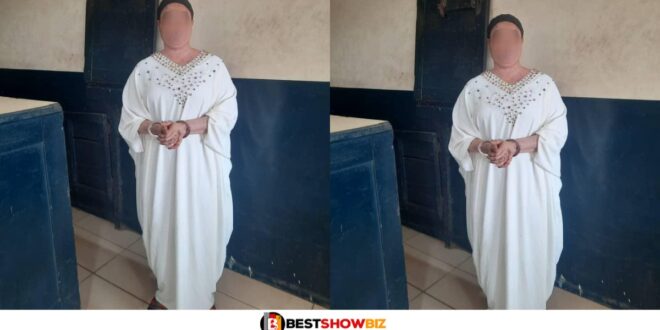 Agradaa enters a ‘guilty’ plea in a new fraud case.

After being arraigned in court today, Friday, October 14, 2022, the fetish priestess-turned-evangelist admitted to the charges leveled against her.

The accused’s lawyer, according to Angel News’ court correspondent Ama Brako Ampofo, was not present today. Church members and sympathizers were both absent from the courtroom.

“When asked today whether she pleads guilty or not, she pleaded guilty

all the six times she was questioned.

According to the police, the accused in the second case was arraigned before the Court today, October 14th, 2022, and has been remanded into Police custody to reappear on October 24th, 2022.

The court, presided over by Judge Evenly Asamoah, ordered her to return on October 24.

The prosecution, led by DSP Sylvester Asare, is looking for church members who received mobile money as part of the money-doubling scheme.

Evangelist Patricia Asiedua, according to the complainants, demanded and received large sums of money from them under the guise of doubling it for them.

During interrogation, the accused is said to have admitted that the complainants’ assertions were correct.

In the second case, the accused was arraigned before the Court today, 14th October, 2022 and has been remanded into Police custody to reappear on 24th October, 2022. pic.twitter.com/8RYUDa1ih4

The Police, therefore, brought the accused before the court on the 13th October, 2022 and she was again remanded into Police custody to reappear on 17th October, 2022.

Read Also  "You don';t even have 500 cedis but you will talk rubbish about my mother"- Nana Agradaa's son fumes in court