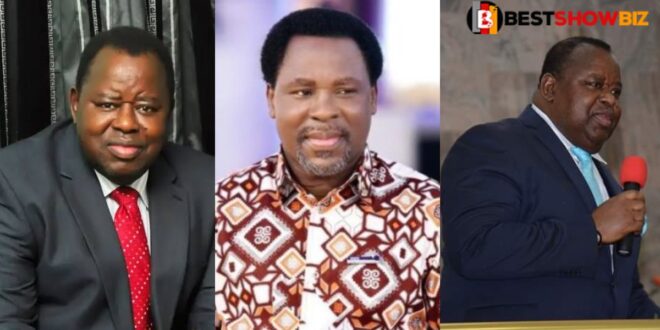 Another powerful Man of God Dies in Nigeria a few hours after TB Joshua.

Another prominent Nigerian preacher has died just hours after the founder of The Synagogue Church of All Nation, TB Johsua, died.

According to the information we have, Rev. Stephen Akinola, the General Superintendent of Redemption Ministries, Worldwide, has died.

According to BBC pidgin, he died in the early hours of Sunday, June 6, 2021, at a hospital in Abuja.

Although the cause of his death is unknown, sources claim that the clergyman had a kidney transplant some time ago.

Many believers, including members of his congregation and locals, flocked to the church’s headquarters in Port Harcourt, Rivers State, to pay their respects to the revered priest.