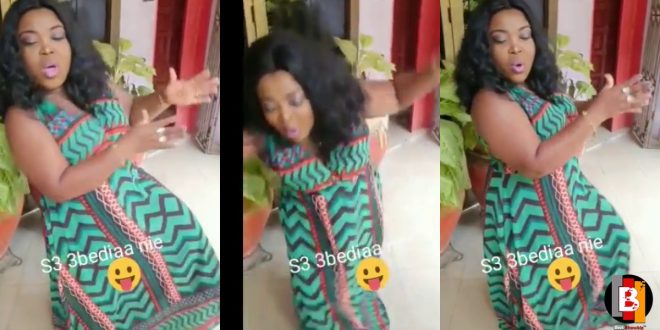 The media giant, who works with Despite Media’s UTV, shared a stunning picture on Instagram with the caption; “Swweeett happy birthday to me. Beautiful December mama,” to celebrate this special day.

However, the day which was supposed to be special nearly turned catastrophic as the Adwoa Yeboah nearly injured herself while she was happily jamming to a song on a high hill.

She uploaded a video which captured the moment she nearly broke her ankle after she slipped and almost fell! – she however made the video hilarious due to how she screamed and also the laughter emoji she used as a caption.