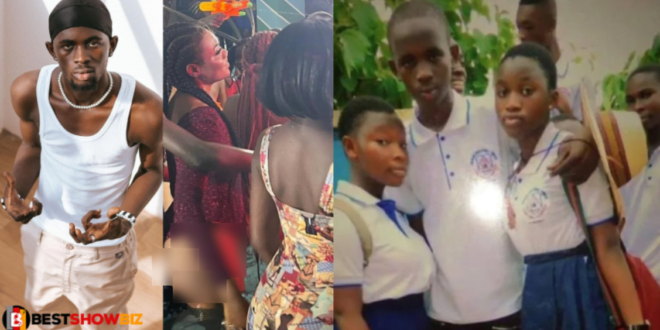 “I don’t have a girlfriend, I don’t smoke, and I don’t drink alcohol” – Black Sherif

Those who believe Black Sherif is just like any other musician when it comes to females, drugs, and booze are mistaken.

When it comes to some terrible habits musicians adopt when they go into the spotlight, the head of the Blacko Tribe appears to be proving critics wrong.

Blacko has refuted all dating speculations in a brief chat with Pulse Ghana.

He doesn’t have a girlfriend, according to the fast-rising Kumerica rapper. This is a setback for bloggers who had been promoting a well-endowed lady as Black Sherif’s secret girlfriend.

“Charley’s life is difficult, but you know what they say about Accra’s life being even more difficult.” So if I go take girl wey me I dey street, I’ll be fine. I don’t get anything. If I go take a girl and they come bill-bill me or something, I go stress out even more. So, Rydee, I’m just going to focus and chat to girls. “I don’t date them,” Black Sherif stated.

He also denied ever using drugs or drinking alcohol. Such deeds, according to the young rapper, are just done for clout, and he is not interested in them.