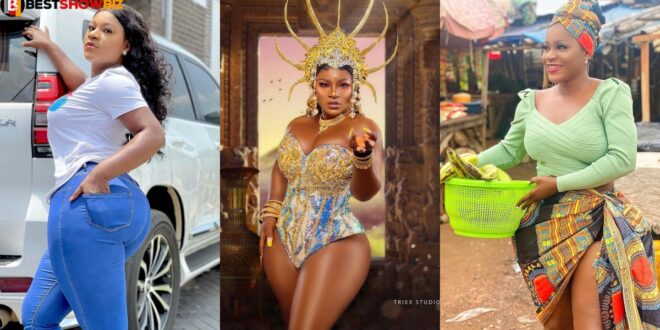 The actress is well-known for her curvy figure and her ability to portray any character she is given in the industry flawlessly.

The actress, who was dressed as a goddess with a crown and posted the photos to celebrate her birthday, wrote:

“I awoke and appeared after a successful 365-day journey in the book of DESTINY chapter ETIKO verses CHINEMELUM, Grace was clearly visible, and our all-loving and gracious God was the principal pilot who caused my constant victory.

I am incredibly grateful for your mercies, Lord.